Carob Market size will witness substantial growth owing to its application in food & beverages, pharmaceutical, bakery, cereals and dairy products. Rising demand for bakery products along with convenience foods and confectionery are the major factor driving the product growth. Convenience food industry is growing at a CAGR of above 7.5% in past seven years that in turn has increased its consumption.

Carobs are used in medicinal applications for reducing cholesterol, improving digestion, treatment of diarrhoea and cancer. It practices in foods improves fibre content and increases shelf life. These are rich in protein, pectin and fat free and addition to sunflower oil reduces tocopherol loss during heating. These do not contain caffeine and can be used in place of chocolate by people having caffeine intolerance that is anticipated to propel carob market in forecast period.

The carob tree is a non-nodulated legume highly dependent of mycorrhizal symbiosis for its survival and productivity. These beneficial interactions taking place in Mediterranean carob-based (agro)ecosytems are central in DYNAMIC project.

should give new insights on the ecological drivers governing host-symbiont specificity and efficiency and propose new avenues for efficient ecological engineering strategies applied to ecosystem restoration and ecological intensification of (agro)ecosystems.

During the last days of August 2015 a very nice and original evening of entertainment dedicated to carob take place in Elounda Crete Greece. Probably the only one in Crete. It was the third year and is dedicated to a product with the past and future importance for the whole island of Crete. The celebration took place in the school yard which is central courtyard of the adjacent Church in Kato Pines. The entrance was welcome by young people of the village who was treating tsikoudia almonds and bread with carob spread. The carob spread was tahini with honey and carob power. There are also traditional Cretan foods. The evening started by president of the Association Mr Arnaoutakis Vangelis with little speech about carob as product and prefaced and Cretan artists central entertained the world and the treasurer of the Association that Chrisoula Drakonaki who was the initiator for the manufacture of the carob products offered during the evening. Ms. Drakonaki spoke and said about the importance of carob and human products in the past years a few decades ago and now that the crisis demands that food self-sufficiency. He spoke in detail for the preparation of carob honey or charoumpia as there were called. He also gave some recipes using carob powder and carob honey. He also spoke about the benefits of bean products fertility and sexuality of man. During the event offered carob products were prepared by members of the Association. The process of preparing watched via display and description of Ms Drakonaki. The feature in this process was that breaking locust beans made with stone (pebble), followed by soaking in warm water overnight and then separation cloth the liquid phase from the solid. Then the liquid containing all of the valuable nutrients bean (sugar, calcium, minerals and phenols) is condensed by boiling in 1/6 to give the carob honey. The carob products were offered except carob spread offered on reception was and 2 desserts at the end of the evening a) yogurt with carob honey and b) donuts with carob powder garnished with carob honey.

Follow you can see some photos and a video in Greek

Carobou Truffle Company has partnered with The Australian Carob Company to be their National Sales Agent within the United States. 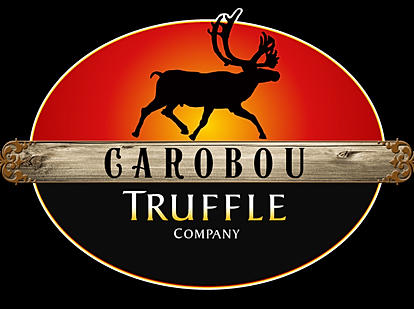 The Australian Carob Company is owned and operated by Michael and Jam Jolley, and is located in Booborowie, near Burra, South Australia.  Michael and Jam planted their carob orchard from grafted trees in 2000 on a 76-acre block of land. Today there are approximately 6000 carob trees, thriving on the property.

The orchard is home to seven different varieties of carob trees, including Casuda, Clifford, Sfax, Santa-Fa, Irlam, Tyleria and Waite species. The Jolleys take pride in ensuring each individual tree has the appropriate water requirements and correct pruning year round. The company use sustainable farming practices and no pesticides or insecticides are used on the trees. Carob trees have been dying as a result of a beetle which has been found in Manikata, Armier and Fontana, among other localities, the Plant Health Directorate said this evening.

It said it had received various reports of carob trees dying in a very short time. The symptoms are drying leaves sometimes even to the point where the tree sheds all its leaves. Resin and round exit holes from where the beetle exits were sometimes also observed.

This beetle, Apate monachus (Fabricius 1775) originated in tropical Africa, moving North to the Mediterranean including France and Spain.

The black borer (BB) Apate monachus is a bostrichid beetle harmful to ornamental and fruit trees and other woody plants. ?e species has long been known for attacks on grapevine, peach, apple, pear, avocado, ornamental and fruit trees  and, recently, it was reported to damage lemon plants. Apate monachus is widespread in large parts of southern tropical areas; in addition, in Tunisia, it is also known to be harmful to palms. In areas where A. monachus occurs in West Africa, it causes problems in forest manage-ment and in wood-processing factories in addition, in Tanzania it is a pest of coffee crops.

The attacks of adult Apate monachus (Fabricius) on pomegranate (Punica granatum L.) and carob (Ceratonia siliqua L.) trees in a plant nursery in southern Italy was described in June 2010.

You can find a scientific article here

What is the situation in your area? 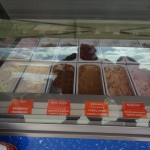 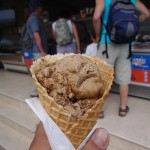 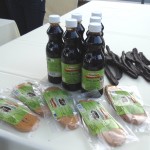 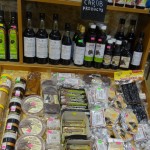 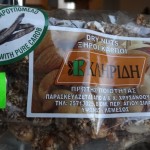 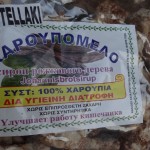 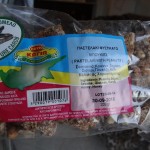 Many Mediterranean countries has for centuries tradition for use of carob products on human nutrition. A such tradition is a kind of nougat (pasteli) of Cyprus. The core of production of this product is Anogyra village. The only Carob & Pasteli Museum in Cyprus can be found in Anogyra. 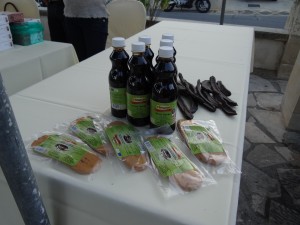 For more and production procces read on our